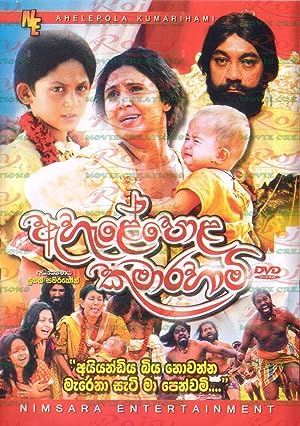 Ahelepola Kumarihami (Sinhalese: ඇහැළේපොළ කුමාරිහාමි) colloquially as Ehelepola Kumarihami is a 2014 Sri Lankan Sinhala epic historical film directed by Sugath Samarakoon and produced by Gayan Ranadheera for Rupun Films. It stars Dulani Anuradha and Jackson Anthony in lead roles along with Sriyantha Mendis and Nadeeka Gunasekara. Music composed by Rohana Weerasinghe. It is the 1208th Sri Lankan film in the Sinhala cinema. The film is about the tragic historic incidence, where the last king of Sri Lanka, King Sri Vickrama Rajasinha slaughtered the entire family of Ehelepola Nilame due to mistaken as a betrayer to the Kandyan Kingdom.