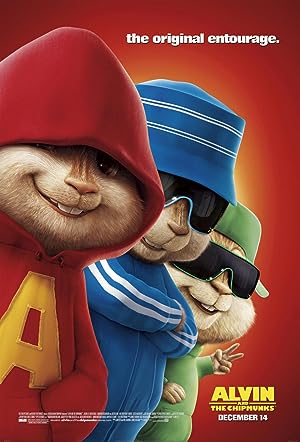 Alvin and the Chipmunks is a 2007 American live-action/computer-animated musical comedy film directed by Tim Hill. Based on the characters of the same name created by Ross Bagdasarian Sr., the film stars Justin Long, Matthew Gray Gubler, and Jesse McCartney, with Jason Lee, David Cross, Cameron Richardson, and Jane Lynch in supporting roles.

It was released worldwide on December 14, 2007, by 20th Century Fox and produced by Fox 2000 Pictures and Regency Enterprises. The film received negative reviews for its script, toilet humor, and characters, though David Cross’s performance received some praise. Despite this, Alvin and the Chipmunks grossed $361 million worldwide on a budget of $60 million and was the seventh-best-selling DVD of 2008.