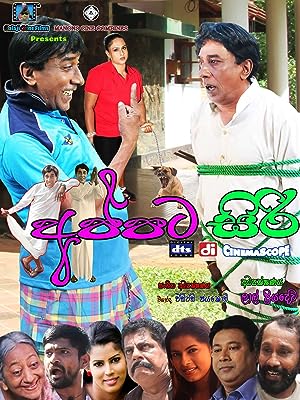 Appata Siri (Sinhalese: අප්පට සිරි) is a 2017 Sri Lankan Sinhala comedy film directed by Lal Priyadeva and co-produced by N. Udaya Kumara and P. Arooran for Balaji Cine Films and Manon Cine Combines. It stars Mahendra Perera in a dual role with Prashani Perera in lead roles along with Rajiv Nanayakkara and Chalaka Chamupathi. The music was composed by Edward Jayakody. This is the first cinematic appearance by singer Chalaka Chamupathi. It is the 1287th Sri Lankan film in the Sinhala