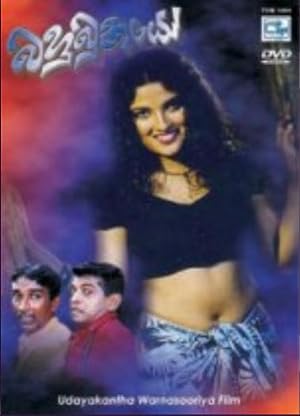 Bahubuthayo (also spelled Bahu boothayo; Sinhalese: බහුබූතයෝ) is a 2001 Sinhala comedy mystery film written and directed by Udayakantha Warnasuriya, and co-produced by the director himself with Deepa Fernando for Fun Flower Films. The film features Paboda Sandeepani, Mahendra Perera and Rodney Warnakula in the leading roles while Vijaya Nandasiri, Richerd Manamudali, Srinath Maddumage, and Quintus Weerakoon in supporting roles. Music composed by Ananda Perera. The film is the prequel in 2015 Gindari film. Produced by EAP circuit cinemas, showed more than 50 theatres. It released on 8 August 2001 and was a commercial hit in Sri Lankan film history in that year, which induced the director to make its sequels. The film was shot at locations around Colombo.