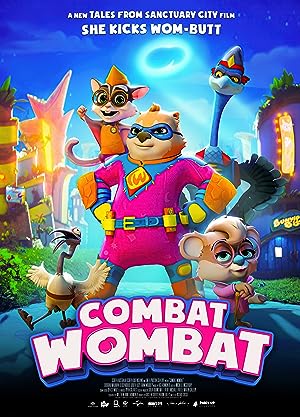 Combat Wombat is a 2020 Australian 3D computer-animated superhero film directed by Richard Cussó and written by Matthew James Kinmonth.  A stand-alone sequel to The Wishmas Tree (2019), it is the second film in Like a Photon Creative’s The Tales from Sanctuary City franchise and was financed by Screen Queensland and Screen Australia. It was released in Australian theatres on 15 October 2020, distributed by Odin Eye’s Entertainment.