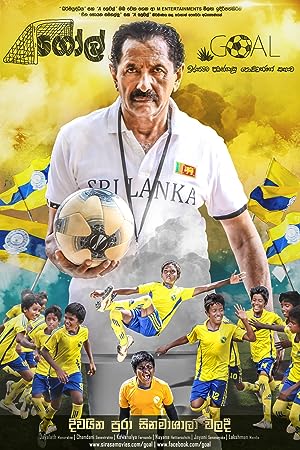 Goal (Sinhalese: ගෝල්) is a 2018 Sri Lankan Sinhala children’s film directed by Rohan Perera and produced by Susara Dinal for Maharaja Entertainments as a Sirasa Movie. It stars Jayalath Manoratne and Chandani Seneviratne in lead roles along with Anula Bulathsinhala and Kaushalaya Fernando. Music composed by Suresh Maliyadde. . It is the 1309th Sri Lankan film in the Sinhala cinema…..