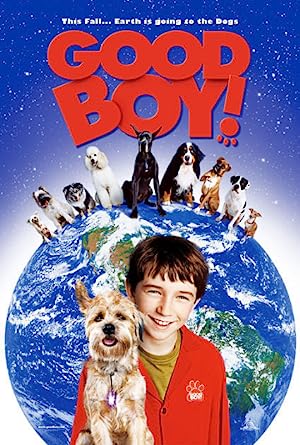 Good Boy! is a 2003 science fiction comedy film directed by John Hoffman, based on the book Dogs from Outer Space by Zeke Richardson; Hoffman and Richardson collaborated on the screen story, while Hoffman wrote the screenplay. The film stars Liam Aiken as Owen Baker, as well as the voices of Matthew Broderick, Delta Burke, Donald Faison, Brittany Murphy, Carl Reiner, Vanessa Redgrave, and Cheech Marin as the abundant dog characters in the film.