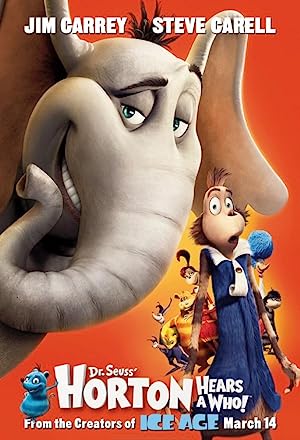 One day, Horton the elephant hears a cry from help coming from a speck of dust. Even though he can’t see anyone on the speck, he decides to help it. As it turns out, the speck of dust is home to the Whos, who live in their city of Whoville. Horton agrees to help protect the Whos and their home, but this gives him nothing but torment from his neighbors, who refuse to believe that anything could survive on the speck. Still, Horton stands by the motto that, “After all, a person is a person, no matter how small.