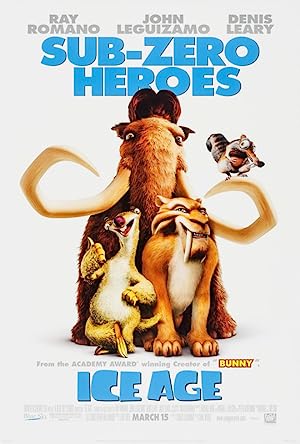 Back when the Earth was being overrun by glaciers, and animals were scurrying to save themselves from the upcoming Ice Age, a sloth named Sid, a woolly mammoth named Manny, and a saber-toothed tiger named Diego are forced to become unlikely heroes. The three reluctantly come together when they have to return a human child to its father while braving the deadly elements of the impending Ice Age.