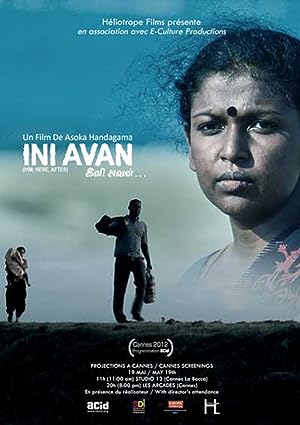 Him, Here, After (2012)
104 min|Drama|21 Dec 2012
8.2Rating: 8.2 / 10 from 48 users
A Tamil rebel soldier is rehabilitated and comes back home with great hopes of finding work, getting back his lover and getting back to normalcy. The village has turned against him because he had recruited many as rebels and they ...
Director: Asoka Handagama
Creator: Asoka Handagama
Actors: Dharshan Dharmaraj, Subashini Balasubramaniyam, Gregory Philip Ferminus

Ini Avan (Sinhala: ඉනියවන්; ’Him, Here After’) is a 2012 Sri Lankan Tamil post-war drama film directed by Asoka Handagama and co-produced by Anura Fernando, Jagath Wellavaththa, and Ravindra Pieris. It stars Darshan Dharmaraj and Subashini Balasubramaniyam in lead roles along with Niranjani Shanmugaraja and Raja Ganeshan. Music composed by Kapila Poogalaarachchi. It is the 1244th Sri Lankan film in the Sinhala cinema.The films had positive reviews from critics. The film was also screened at 37th Toronto International Film Festival (TIFF) in 2012. 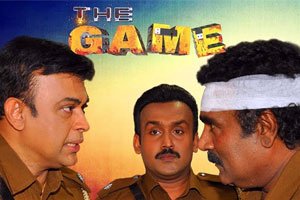 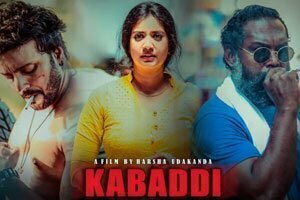 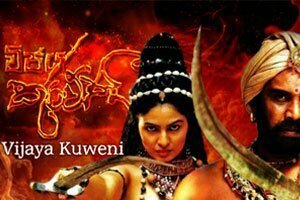