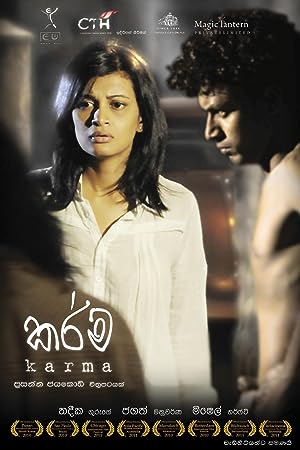 Karma (Sinhalese: කර්ම) is a 2013 Sri Lankan Sinhala adult drama film directed by Prasanna Jayakody and co-produced by Ceylon Theater Pvt. Ltd, Sky Entertainers Pvt. Ltd and Magic Lantern Pvt. Ltd. It stars popular musician Nadeeka Guruge in his debut role in cinema and Michelle Herft in lead roles along with Jagath Manuwarna. Music co-composed by Nadeeka Guruge himself with Sumudu Guruge. It is the 1168th Sri Lankan film in the Sinhala cinema.