Kolomba Sanniya (Colombo Mania) is a 1976 Sinhalese language comedy film directed by Manik Sandrasagara that follows the lives of middle and upper-class people in rural and urban Sri Lanka. The film stars Geetha Kumarasinghe, Joe Abeywickrema and Denewake Hamine are notable for containing the first depiction of best comedy in a Sinhala film.

Andare, (Joe Abeywickrema) a rustic villager finds a valuable gem when he goes behind a bush to perform his morning ablutions. (no toilets in the village) He sells the gem and buys a house in Colombo. The whole family, Andare’s elder sister (Denawaka Hamine), brother Jakolis (Eddie Jayamanne), son (Freddie Silva) and daughter (Geetha Kumarasinghe) try their best to get adjusted to the life of Colombo 7 – Cinnamon Gardens and as they find eventually, it is not an easy task. 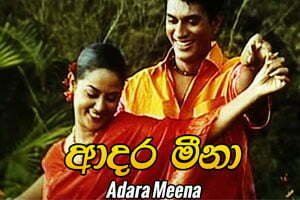 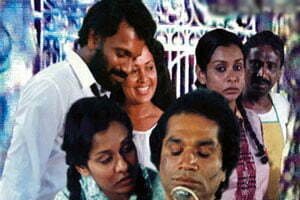