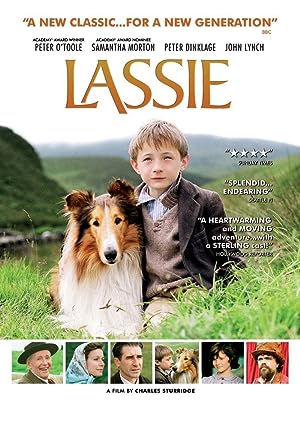 Lassie is a 2005 adventure comedy-drama film based on Eric Knight’s 1940 novel Lassie Come-Home about the profound bond between Joe Carraclough and his rough collie, Lassie. The film was directed, written, and co-produced by Charles Sturridge and is a production of Samuel Goldwyn Films. The film stars Jonathan Mason and was distributed by Roadside Attractions and released in the UK on 16 December 2005. Filming took place in Scotland, Ireland, and the Isle of Man. The supporting cast features Peter O’Toole, Samantha Morton, Peter Dinklage, Edward Fox, and John Lynch. The film was generally reviewed positively by critics but performed poorly at the box office.