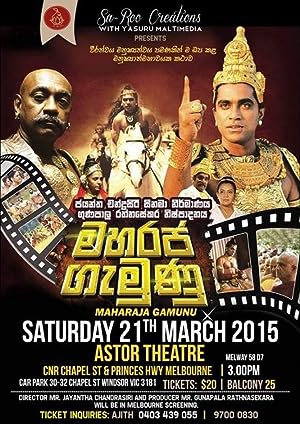 Maharaja Gemunu is a 2015 Sri Lankan Sinhala epic film directed by Jayantha Chandrasiri and produced by Gunapala Rathnasekara for Sipvin Films. It stars Uddika Premarathna and Jackson Anthony in lead roles along with Sriyantha Mendis and Yashoda Wimaladharma. Music composed by Nadeeka Guruge.