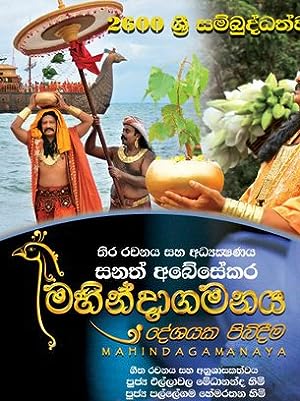 Mahindagamanaya ([මහින්දාගමනය] is a 2011 Sri Lankan Sinhala historical film directed by Sanath Abeysekara and produced by Dr.Daminda Upali Fernando. It stars Jeevan Kumaratunga, Dilhani Ekanayake in lead roles along with Roshan Ranawana and Roshan Pilapitiya. Music composed by Rohana Weerasinghe.[1][2][3] The film was released on 18 May with the 2600th celebration of Sambuddhathva Jayanthiya.[4][5] It is the 1165th Sri Lankan film in the Sinhala cinema.[6]This film was produced under a massive budget of 600 million rupees.