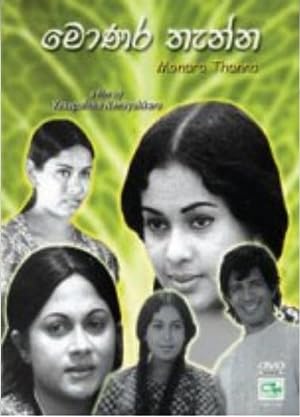 The film was shot during the peak of Malini/Vijaya starring as lovers in the silver screen. Malini (Sanda) is the daughter of the village Chieftan. Vijaya (Piyasoma) is a poor young lad living off the Chieftan’s lands. An affair blossoms between Sanda & Piyasoma. The brother of Sanda gets to know this and during the ensuing fight Piyasoma fells the brother.

Fearing he had killed a man Piyasoma runs off and joins a hotel as a waiter. The owner likes him and helps his education until Piyasoma becomes a GA. Meanwhile Sanda is married to a gambler and looses everything to become a matron of a children’s home. Piyasoma falsely charged with murder is eventually acquitted and becomes a successful businessman. As a patron he visits the orphanage where Sanda is working. Sanda and Piyasoma meet again in a happy ending.