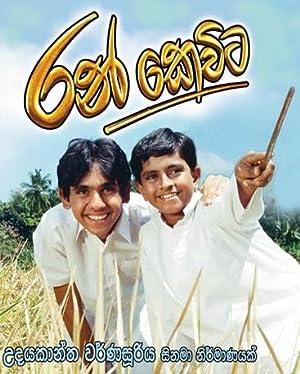 Ran Kevita (2007)
120 min|Fantasy|16 Mar 2007
7.4Rating: 7.4 / 10 from 51 users
A two children discovered a rare power to see demons and spirits. They manage to communicate and befriend the demon which has a stick that gives anything you wish.
Director: Udayakantha Warnasuriya
Creator: Udayakantha Warnasuriya
Actors: Harith Baddewala, Susantha Chandramali, Sarath Chandrasiri