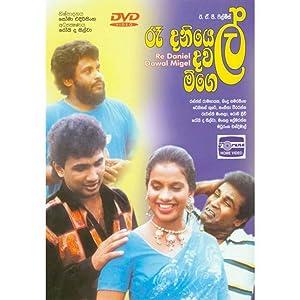 Re Daniel Dawal Migel (රෑ දනියෙල් දවල් මිගෙල්) is a 1998 Sri Lankan Sinhala comedy, action film directed by Roy de Silva and produced by Soma Edirisinghe for E.A.P Films. It is the first film of Re Daniel Dawal Migel film series. It stars comic duo Bandu Samarasinghe, and Tennyson Cooray in lead roles along with Ranjan Ramanayake, Sangeetha Weeraratne and Maduranga Chandimal. Music for the film is done by Somapala Rathnayake. The film became one of Sri Lanka’s blockbuster movies with reaching more than 150 days in cinema theatres. It is the 894th Sri Lankan film in the Sinhala cinema.