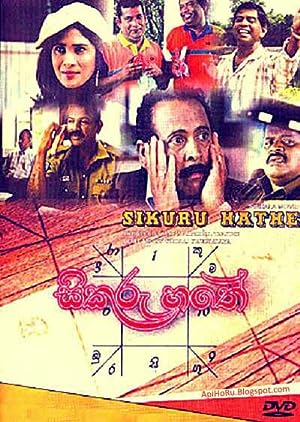 Sikuru Hathe (සිකුරු හතේ) is a 2007 Sri Lankan Sinhala comedy film directed by Giriraj Kaushalya and produced by Hans Anton Vanstarex for New Imperial Talkies. It stars Vijaya Nandasiri, Anarkali Akarsha and Suraj Mapa in lead roles along with Rodney Warnakula and Susila Kottage. Music composed by Tharupathi Munasinghe, and songs composed by Rohana Weerasinghe and Navaratne Gamage. It is the 1092nd Sri Lankan film in the Sinhala cinema. One of best comedy films ever produced in the country, Sikuru Hathe became the highest-grossing film in 2007 and won many awards at several local film award ceremonies.