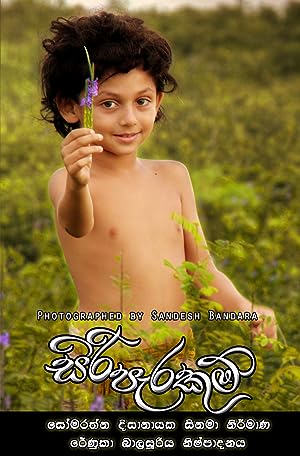 Siri Parakum (2013)
N/A|History|30 Apr 2013
7.7Rating: 7.7 / 10 from 119 users
The 1st queen of the king dies in child birth, the prince survives. After the 2nd queen, gives birth to a new prince, she plots to kill the 1st prince, so that her son would get the crown after the king. A soldier senses this dang...
Director: Somaratne Dissanayake
Actors: Pramuditha Udaya Kumara, Senali. Fonseka, Bimal Jayakodi

Siri Parakum (Sinhalese: සිරි පැරකුම්) is a 2013 Sri Lankan Sinhala epic biographical film directed by Somaratne Dissanayake and produced by Renuka Balasooriya. It stars two new comers Akila Dhanuddhara and Senali Fonseka in lead roles along with Bimal Jayakody and Chandani Seneviratne. Music composed by veteran music director Rohana Weerasinghe. The film has influenced on the urban legends and other historical writings of the childhood and ascending to throne of King Parakramabahu the Second who ruled Dambadeniya Kingdom. It is the 1244th Sri Lankan film in the Sinhala cinema. The film has mostly positive reviews from the critics.