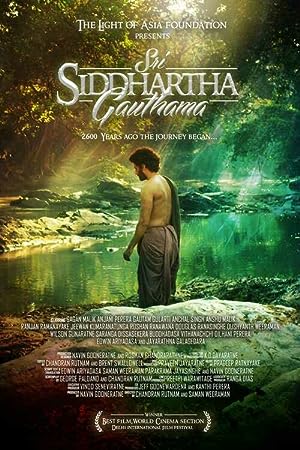 Sri Siddhartha Gautama (2013)
115 min|Biography, Drama, History|24 Jan 2013
7.4Rating: 7.4 / 10 from 240 users
This is an extraordinary tale from over 2600 years ago, of a Prince who is endowed with everything he needs and more. Luxury, palaces and all hearts desires, are provided to him by his father, a warrior King of the kingdom of Saky...
Director: Saman Weeraman
Creator: Edwin Ariyadasa, Navin Gooneratne, George Paldano
Actors: Gagan Malik, Anchal Singh, Ranjan Ramanayake

Starring by Gagan Malik, Anchal Singh, Ranjan Ramanayake, Anjani Perera, Roshan Ranawana, Gautam Gulati, Saranga Disasekara, Dilhani Ekanayake, and Wilson Gooneratne. Veteran film maker Chandran Rutnam was the main adviser to the project. The film was released in Sri Lanka on 24 January 2013 on EAP theaters. The film has been dubbed into many languages such as in Mandarin, Thai, Vietnamese and Hindi. It has also been subtitled in French, Japanese, Vietnamese, Mandarin and Hindi.