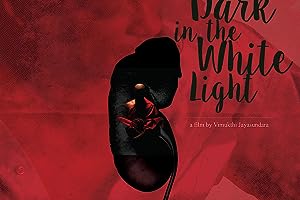 Dark in the White Light (2015)
82 min|Drama|01 May 2015
6.5Rating: 6.5 / 10 from 58 users
A Buddhist monk on a spiritual quest. A Student trying to test his limits. An organ dealer growing his business. A surgeon who heals by day and rapes women at night. The film interweaves various stories, on the threshold of pain, ...
Director: Vimukthi Jayasundara
Creator: Vimukthi Jayasundara
Actors: Steve De La Zilwa, Ruvin De Silva, Kaushalaya Fernando

Sulanga Gini Aran (Dark in the White Light) (Sinhala: සුළඟ ගිනි අරන්) is a 2015 Sri Lankan Sinhala psychodrama film directed and produced by Vimukthi Jayasundara.[1] It stars Kaushalya Fernando and Mahendra Perera in lead roles along with Ruvin De Silva and Steve De La Zilwa. Music composed by Lakshman Joseph De Saram.[2][3][4][5] Though it premiered internationally in 2015, the film released in Sri Lanka in 2017. It is the 1271st Sri Lankan film in the Sinhala cinema.[6]

The film has received mostly positive reviews from critics