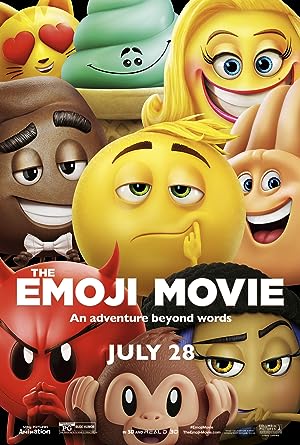 The Emoji Movie is a 2017 American computer-animated science-fiction comedy film based on emoji faces, smileys, and graphics used in electronic messages; produced by Columbia Pictures and Sony Pictures Animation, and distributed by Sony Pictures Releasing. Directed by Tony Leondis, who wrote it with Eric Siegel and Mike White, the film stars the voices of T.J. Miller, James Corden, Anna Faris, Maya Rudolph, Steven Wright, Jennifer Coolidge, Christina Aguilera, Sofía Vergara, Sean Hayes, and Patrick Stewart. In the film, Gene, a multi-expressional emoji who lives in a teenager’s smartphone, sets out on a journey to become a normal meh emoji like his parents.