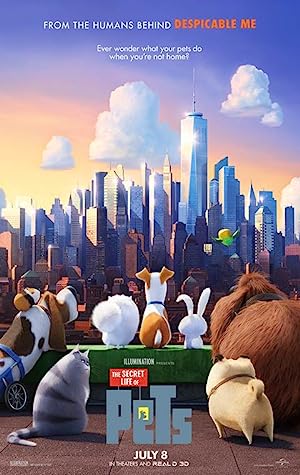 The Secret Life of Pets premiered at the Annecy International Animated Film Festival on June 16, 2016, and was released in theaters in the United States on July 8, 2016, by Universal Pictures. The film received generally positive reviews and grossed $875 million worldwide, becoming the sixth-highest-grossing film of 2016, and was the year’s most profitable release.

A sequel, The Secret Life of Pets 2, was released on June 7, 2019, with Patton Oswalt taking over the role of Max from Louis C.K.