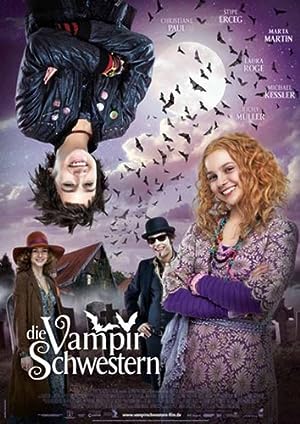 Vampire Sisters (German: Die Vampirschwestern) is a 2012 German children’s film by Wolfgang Groos. The fantasy-comedy film is based on the eponymous novel series by Franziska Gehm.