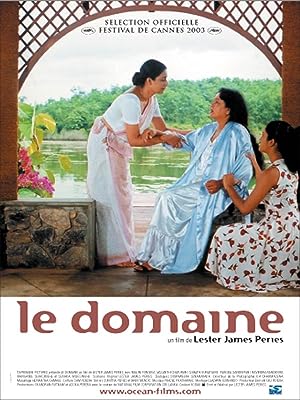 Wekande Walauwa (Mansion by the Lake) වෑකන්ද වලව්ව is a 2002 award-winning Sinhalese language drama film directed by Lester James Peries and co-produced by Asoka Perera and Chandran Rutnam. It stars Malini Fonseka, Vasanthi Chathurani and Sanath Gunathilake in lead roles along with Paboda Sandeepani and Ravindra Randeniya. Music composed by Pradeep Ratnayake. It is the 1020th Sri Lankan film in the Sinhala cinema.

Story follows the lives of wealthy people in Sri Lanka. As per the film director the story is inspired by Anton Chekhov’s play The Cherry Orchard adapted to a Sri Lankan family context. It was screened out of competition at the 2003 Cannes Film Festival. The film was the country’s first ever submission for the Academy Awards and received the Golden felini award from UNESCO.

The film was shot at Bandaragama, Piliyandala and Panadura areas. The release of the film delayed due to the April 2 Parliament election.